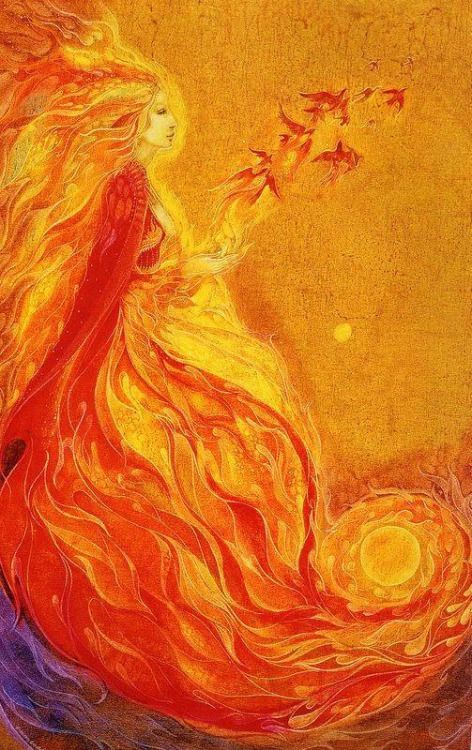 Susan Seddon-Boulet
It’s time for a karmic spring cleaning. The new moon of May 15, 2018 will initiate a cycle of clearing, uncluttering, and cutting away whatever bits of the past may still linger, dragging you down with their heavy karmic weight.

Appearing in the part of the sky known in Vedic astrology as Krittika, which is symbolized by a razor-sharp blade, this fiery new moon (4:48 a.m. PST) takes no prisoners. Often called the star of the spiritual warrior, Krittika can pierce through the ego’s delusion, allowing you to identify and let go of the unnecessary burdens you may still carry.

Want to know your birth Nakshatra? Click here to get the FREE NAKSHATRA KEY!

1. In a literal sense, this would be a good time to clear out the old junk: clean closets, sift through the drawers, and weed out whatever things you no longer use or wear. Take them to a thrift store, give them to a friend, or leave them in a donation box, so that someone else can benefit from your cleanse.

2. While Krittika is symbolized by the blade, which can excise the past with surgical precision, it is also associated with fire. Agni, the ancient Vedic fire god, dwells in the nakshatra of Krittika, igniting the tremendous creativity and clarity that only the element of fire can bring.

Fire is the first element of the light of consciousness, which dispels the darkness of ignorance. It also burns away the impurities of the physical world, and in Vedic fire ceremonies known as yagyas, it is used as a bridge to the spiritual dimension.

This Krittika new moon would be an ideal time to offer intentions into the flame of a candle, or to visualize what you want to create while gazing into a fireplace.

3. Krittika has long been associated with the fire that brings clarity, but also with the heat-fueled rage of the war-like planet Mars. On May 3, the red planet entered sidereal Capricorn, where its power is greatly magnified. Dwelling in the earth sign of Capricorn, willful Mars can trigger eruptions of subterranean energy, such as the earthquakes and volcanic activity that began in Hawaii on May 3.

In the human psyche, Mars in Capricorn can also unearth buried feelings of anger, especially as related to injustice, that may seem to arise out of nowhere. If this is the case, know that the anger is erupting for a reason: to be acknowledged and burned up once and for all in the fire of Krittika.

In a rare confluence of powerful influences, Capricorn Mars will turn retrograde on June 26, before closely conjoining a total lunar eclipse on July 27.  Find out more about how the red planet’s transformative transit will affect you in the months to come. Read your Mars Horoscope here!. 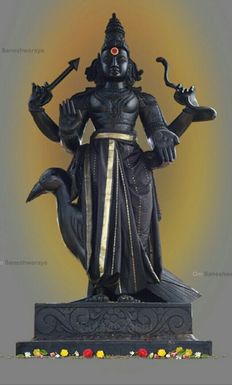 4. In India, the day before this new moon is celebrated as Shani Jayanti, the birthday of Lord Saturn. Known as the great karmic task-master and lord of justice, Saturn was fathered by the blazing light of the sun and his austere shadow wife, Chaya. Saturn’s influence can slow us down, humble us, and may seem to bring an endless stream of troubles and sorrows. While Saturn’s lessons are some of the most difficult to imbibe, his influence can also bring maturity, spiritual strength, and the power to rule over kingdoms when he is pleased.

If you are undergoing a cycle of Saturn (dasha), or a Saturn transit such as Sade Sate, or if you feel the influence of Saturn is limiting your progress in life, observing a fast on Shani Jayanti would be highly beneficial. Fasting on the day before this fiery new moon is said to invite Saturn’s blessings and positive aspects into your life.

Now is the time to clear away the clutter of the past and welcome the spring with a clean slate. Krittika, the star of the Spiritual Warrior, is there to assist you in this process, cutting away and burning up the heavy burdens you may carry. Step forward into the next chapter knowing that after the new moon of May 15, your karmic load may feel much, much lighter, and the spark of your creativity will be freshly ignited.

To better understand how these astrological influences affect you on a personal level, book a one-on-one Vedic Astrology Reading with me here.

Thank you for your wisdom.

Sign Up for FREE Astro Forecasts from Anandashree Astrology!